Posted on 17th September 2019 at 08:22
So, here we are. It’s the final part of this five-part blog series about IR35 and how a contractor might be assessed as inside or outside the scope for off-payroll working! I hope you’ve found the information given to you so far useful.
In part one, we looked into the right of substitution, part two was all about supervision, direction and control, and part three explored the mutuality of obligations. Last week we looked into four of the smaller areas that HMRC looks into, including provision of equipment, financial risk, method of payment and exclusive service and length of engagement.
This week, we’ll be exploring the final four smaller areas that HMRC considers when it comes to assessing a contractor’s employment status. Even though they are not the main three areas HMRC looks at when considering a contractor’s IR35 status, they should be viewed as being just as important.
If you still aren’t aware that HMRC released their Draft Legislation for IR35 Private Sector change from April 2020 in July, then you really need to crawl out of whichever rock you’ve been hiding under, and make yourself familiar with the new rules! Effective Accounting has been preparing for this for several months. We know that many of you are concerned about the changes and how they will affect you, but we are here to help.
It is now time to prepare for the changes and equip yourself with the information you need to communicate effectively with your clients to get your IR35 status confirmed. We hope that this blog series has hopefully gone some way to help you.

Part and parcel of the organisation
This point essentially what it says on the tin. If you’re deemed as being ‘part and parcel’ of your client’s organisation e.g. if you’re listed on internal lists of employees, shown on the company’s website, given business cards showing your client’s name and (arguably the most crucial point) entitled to any benefits offered to the client’s own staff like bonuses, pensions and use of facilities such as a gym, then you may be assessed as being inside IR35.
If you’re also treated as an employee, e.g. given performance reviews or subject to disciplinary action like an employee would be, this could cause your contract to fail an IR35 assessment.
Right of dismissal
A self-employed contractor would not normally be subject to dismissal by their client (as long as the contract was not breached). An employee would have the right to be given notice of the termination of their employment contract.
If there is a notice period within a contractor’s contract, HMRC may view this as an indication that a mutuality of obligation exists. To be on the safe side, it is a better option to have no notice period on a contract, and for both parties to be permitted to end the contract with immediate effect whenever they wish. Of course, this is quite impractical for both parties – a contractor would not want to be left without work all of a sudden, and a client would surely prefer to have the contractor working for them until they found a replacement (if required). 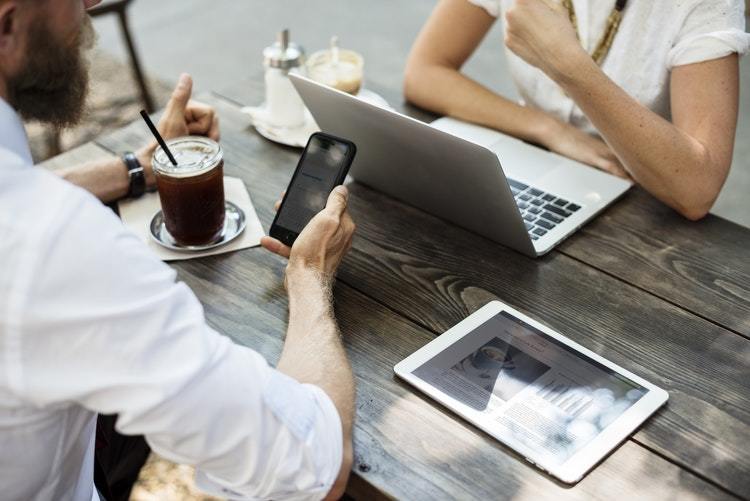 In the case of McManus v Griffiths in 1997, in which a golf club stewardess providing catering services to a golf club was argued as being self-employed for tax purposes, a tribunal judge decided that the incorporation of a three-month notice period in the contractor’s contract was a neutral factor – and the stewardess was judged as being self-employed.
Intention of the two parties
A self-employed individual works under a contract for services whereas an employee works under a contract of services. When there is a written contract (even though there does not legally need to be one for a contract to be binding if both parties intend it), HMRC might look through the contract to find the facts of the case. While this is often important in deciding a contractor’s IR35 status, the terms of the contract are not a conclusive element.
Overall, if a contractor’s status is still unclear after careful consideration of all the other issues surrounding their IR35 status, the intention behind the relationship of the two parties can be looked at to determine the outcome.
Business-like trading
If you are a contractor working via a limited company, things like VAT registration (if over the threshold), business insurances, health and safety requirements, licences and so on should be considered and should prove that you are in business on your own account.
In 2011, contractor Elaine Richardson, operating under her limited company ECR Consulting Ltd, won a case against HMRC in which she was found to be outside IR35. Although there were many factors that persuaded the judge to come to this conclusion, one of them was based on the fact that her company traded like a limited company would be expected to.
Richardson advertised her services and had a website along with business cards and stationery. She also had professional indemnity insurance, trade membership with IPSE and a home office used solely for business purposes. Furthermore, the company had invested in development projects.