Private sector IR35 changes set to go ahead in 2021, as government ignores concerns

Posted on 20th May 2020 at 12:03
Contractors were given a glimmer of hope last week as it was revelead that MPs would be meeting at the House of Commons to vote on a suggested amendment to the 2019/21 Finance Bill. The proposal recommended that a further two-year delay should be added onto the extension of the controversial IR35 private sector changes that were originally due to come into play last month.
Unfortunately, the amendment failed to secure a house majority, after the party declined to participate in the vote.
Dave Chaplin, CEO of ContractorCalculator has said, “for Government to bulldoze ahead with this damaging legislation at a time of national crisis is beggar’s belief. Government should be supporting businesses right now, not hampering them and, in turn, inflicting harm on the entire UK economy.”

Off-payroll working rules (IR35) were introduced in the year 2000 to ensure that people who work as contractors through their own limited companies pay the same level of Income Tax and National Insurance Contributions as employees. Following a reform to the rules in April 2017, public-sector organisations who took on contractors became responsible for ensuring that both they and the workers they engage were paying the correct amount of tax, which has been an effective method of improving tax compliance.
At the Autumn Budget in 2017, the government revealed its plans to start a similar plan for tackling non-compliance in the private sector. A year later, during the Autumn Budget in 2018, it was announced that plans for the reform would be extended to medium and large organisations, and the changes would kick in from April 2020.
The devastating effects of the coronavirus pandemic caused a delay of one year to the proposed changes, which produced a mass sigh of relief within the contracting industry. It was a small flicker of positivity in an otherwise dreadful situation.

As mentioned, the Labour party declined to vote, which means the Finance Bill will now go forward to the Committee stage without the tabled amendment. We aren't quite at 'panic stage' just yet though! Amendments can still be made when a Bill is in Committee stage, and amendments can also be made in the next two stages - Report stage and Third Reading stage.
So for now, there's no need to make any major decisions. Keep yourself informed by signing up to our mailing list here and we'll email you with updates as soon as we hear them. 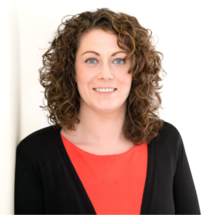