Brexit: how will it affect you? 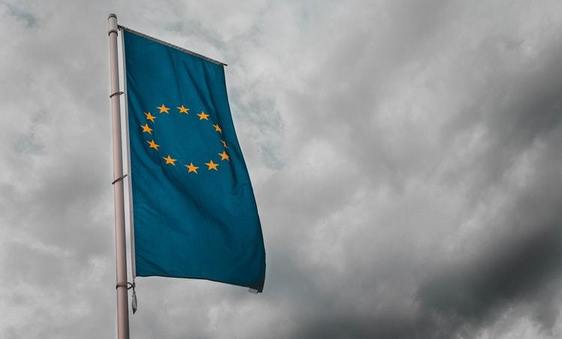 How will Brexit affect my position as a small business owner?

Brexit is unlike any other type of institutional uncertainty, because it could essentially ‘rewrite the manual’, as it were, for how business is carried out in the UK. Some experts have suggested that small and medium-sized businesses will be the worst affected when Brexit does finally take place.
Small businesses are fundamental to the British economy, and a bad Brexit deal (or no deal at all) could potentially cause the economy to crash. In November 2018, The Bank of England suggested that a ‘no deal’ situation could cause a financial crisis worse than that of 2008.
While a ‘no-deal’ scenario or a ‘hard Brexit’ remains possible, this does look unlikely, given that it would emit signals of a poor political relationship between the UK and the EU to the rest of the world. However, some small business owners are taking every possibility into consideration, which means worrying about what a no-deal situation would mean for them, and what, if any, contingency plans they should make, given the ambiguity surrounding Brexit.

Will my contracting rights change when Britain leaves the EU?

At present, approximately 45,000 contractors work in mainland Europe, whilst living and paying taxes in the UK. With Brexit imminent, it’s still unclear how contractors will be affected by the change in relationship between Britain and the EU.
Employers, like the rest of us, are still unsure as to what Brexit actually means. Without a proper definition, businesses don’t know whether they will be in the single market or not, which may affect hiring.
Contractor recruitment may also temporarily freeze while the role of contractors in the UK remains unclear. This could cause money flow problems for contractors who are currently in the market for a job, and employers could start suffering the effects of not employing specialist contractors to carry out certain roles.
An optimistic observation, however, is that the EU has reached an agreement with the UK in which workers from EU countries will keep the same rights until 2020. Unfortunately, though, a large number of skilled workers originally from EU countries have left Britain to go back home and start work there, because they simply can’t bear the insecurity and ambiguity surrounding Brexit.

I am a landlord. How will I be affected?

Plenty of property-related scaremongering took place leading up to the 2016 referendum, with various industry specialists forecasting catastrophic falls of up to 18% in house prices. Quite where these huge figures came from, nobody knows.
It does seem that private landlords are not as badly affected by Brexit as initially thought. With Brexit being so unclear, many would-be first-time buyers are choosing to remain in rented accommodation until the Brexit dust settles, which is keeping landlords on their feet for now.
For landlords holding properties in which EU nationals are tenants, the outlook is quite vague, as a fair amount of EU immigrants choose to return to their home countries. However, in large cities with a high demand for housing it shouldn’t be too hard for property owners to find tenants to let to.

I’m thinking of buying a property to let. Should I wait until after we’ve left the EU?

With many would-be sellers preferring to play it safe until Brexit is done and dusted, prospective landlords could benefit from lower house prices.
Demand for rental properties will likely continue to rise, with lots of would-be first-time buyers refusing to take any risks until we reach more certainty surrounding Brexit. In this sense, it could be a smart move to buy a rental property.
The UK will continue to be a heavily populated country with lots of demand for rented housing through the private sector, and property is likely to remain a safe option when choosing where to invest money.
As always, before making any big financial decisions such as buying property to let, you should seek professional advice.

So basically, nobody really knows what changes Brexit will bring?

Correct, unfortunately.
A contingency plan is always a good idea for any business owner, whether small, medium or large, or contractor, no matter what the state of the economy is at any time.
Landlords and would-be buyers should seek professional advice before making any big decisions, but this is something we advise regardless of the state of the economy.
All in all, we can speculate until the cows come home, but the truth of the matter is nothing surrounding Brexit will be clear until it’s over!
If you would like to chat to us in more detail about your situation and how your finances may be affected by Brexit, feel free to book a call or drop us an email.